Questions and answers about processing in StarTools and how to accomplish certain tasks.
Post Reply
53 posts

Finally got some clear skies with the opportunity to test l-eNhance + broadband imaging/processing. I went for the Flaming Star nebula, which is maybe not the most suited target since it's not very rich in OIII, but it is high in the sky (for my latitude) and at least some hours of exposure per night were possible. Imaging resulted in about 8 hours of l-eNhance data and about 3 hours of broadband data. Both data sets were registered to the same sub frame (registering the second data set to the stack of the first set just doesn't work...) and the l-eNhance stack was used as a luminance layer, while broadband was assigned to RGB in the compose module. After working through the models this was the result:

I am pretty happy with the amount of detail I got. For comparison I also made an HOO version which lacked the broadband chrominance information:

The exact same processing was also used for another color rendition (H+[H+O]+O), resulting in this image:

Guess using the L-enhance stack seems like a real good alternative with this filter and still have some star color. Guess also that is what i am planning to do in the future . Nice comparaison Stefan!
Top

You don't need a fancy DSLR to get descent results. Off course unmodded is unmodded but there are good filters on the market to get much nebulosity after all.
Top

Chunkles wrote: ↑Sun Nov 22, 2020 12:26 am I'm especially interested in how to use things like the Hubble palette om these emission nebula with this filter to get those blues and yellows.

Achieving such images with a duo narrowband filter has been one of my interests too, but I never really got there, since the color always looked rather uniform instead of a nice separation between OIII and Ha.

After a hint of Ivo in another thread to push the OIII/blue signal further in the color module I had another try on some older data. After composing and using the bicolor/DSLR option for luminance and working through the other modules the bicolor H(HO)O preset was used. Afterwards I increased the blue bias in an absurdly strong way and finally a nice blue OIII popped out. This resulted in very blue stars. Using a star mask I reduced the saturation of the stars which gave rather white stars (some with blue halos which surely could be processed away).

I came up with this: 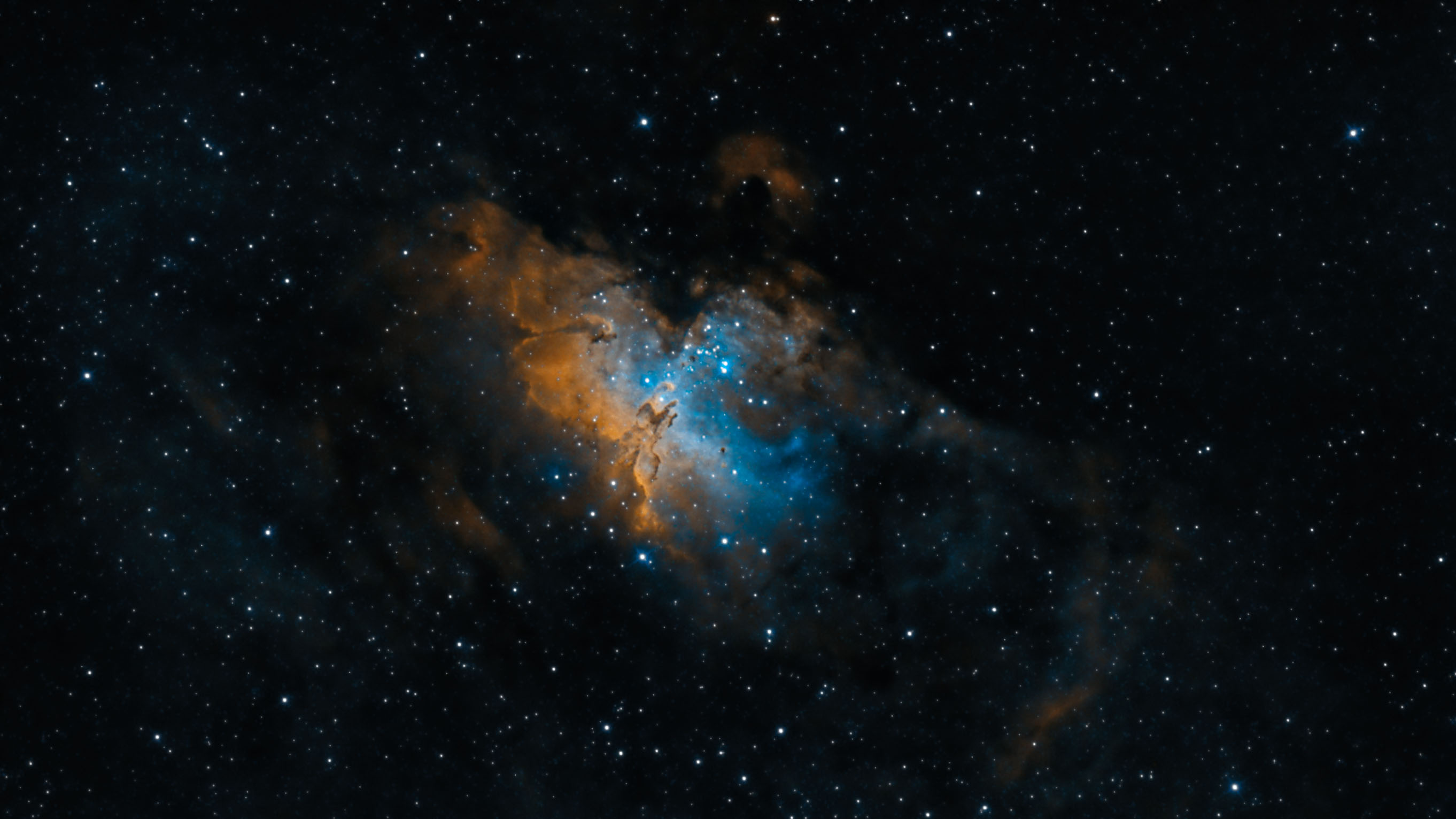 Actually I think that's pretty cool and looks like a Hubble palette. Of course it's only bicolor and Hubble style is rather three colors. But it appears to me that often SII and Ha get pushed towards the same color (orange, yellow) in processing, actually making it a bicolor image, too.

I don't have a good comparison how it looked in HOO or somethin like that. I only have this for comparison, but it has not been processed in StarTools, but photoshop. It hasn't been color calibrated in a reasonable way, but you get where I came from: