Some artifacts around stars

Questions and answers about processing in StarTools and how to accomplish certain tasks.
Post Reply
10 posts • Page 1 of 1

Some artifacts around stars

I have some nice shots from globulars. But in thisone M5, i see some strange artifacts around the brightest stars.
Seems some of those stars has many many planets. 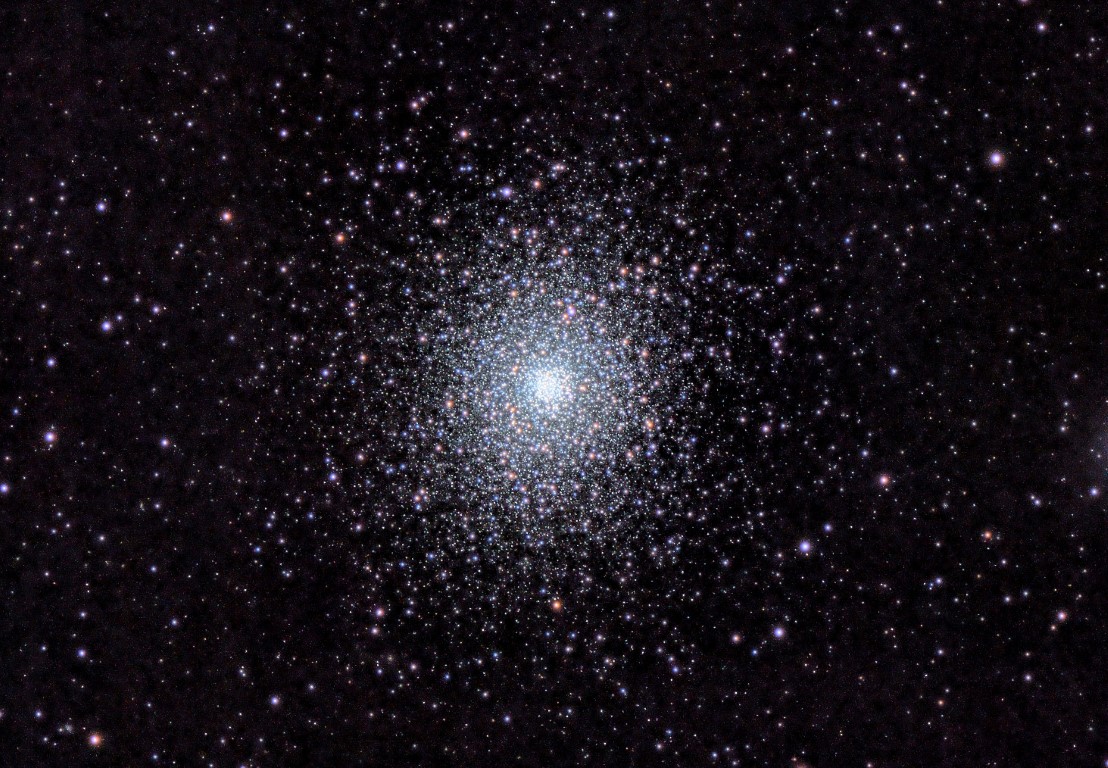 Without knowing exactly how your processed this it is a little hard to say what is happening.
However, if you mean the little speckles around the brighter stars, to me it appears to be this may be part of the diffraction pattern being preserved.
You could try to push the noise reduction to encroach on it more, by lowering the Scale Correlation...
Ivo Jager
StarTools creator and astronomy enthusiast
Top

Indeed that parameter solves it, bit tricky to find the right adjustment, you have to play with it.....

So many things to be investigated ...this processing stuff is really not easy for me...but anyhow i get great results nonetheless

Ivo what would be do without you ?

Indeed that parameter solves it, bit tricky to find the right adjustment, you have to play with it.....

So many things to be investigated ...this processing stuff is really not easy for me...but anyhow i get great results nonetheless

This part of the Denoise docs should explain what ST is doing, and how ST exploits (e.g. intelligently keeps) existing noise in a way that keeps detail in areas where the human visual system tends to be "distracted" by larger scale objects. It also explains that pixel-peeping (e.g. zooming in beyond 100%) tends to break that illusion.

Ivo what would be do without you ?

Happy to help where I can! ST is a complex beast (more than people in first instance realize). As these little things come up, it's always a good idea to try to understand what is going on fundamentally.

Feel free to link your stack and log if you want, I'm curious myself at what stage you created all those exoplanets!

I do see some (red-tinted) mottling in the background. It doesn't necessarily seem to be "walking," but I wonder about your dithers?

Remember in the big Elf thread on CN way back, where I put up my M13 -- it had a similar look to the background, and I believe both Elf and Ivo confirmed a walking noise problem (at the time I wasn't guiding or, of course, dithering). I think Eyal just complained about me clipping blacks but Ivo showed it was only compressed shadows.

So I wonder if there aren't a sufficient number of dithers here to wash out the noise?
Top

I lowered my dithering a bit yes, dithering after every 4 images. I got 90, so that makes 22 ditherings. That should be enough.
Guess the bit of mottling in the background is due to denoising i think i have to give it a bit more attention.

But anyhow, despite the little drawbacks if find the result quite stunning. Lately i am able to make those 'sparkling' globs and i really like it. According to the likes i got on forums i am not the only one. The Elf seems to like it very much and is now seeking a method in PI to reproduce this.

Off course Mike, there is always room for improvement, so that is why posted this.

So I wonder if there aren't a sufficient number of dithers here to wash out the noise?

I lowered it from every 3 images to 4. Just to see if it still would work. I think so, and it saves a bit of time.
Top

That's every 6 minutes, and I'm sure I've done that too.

But, I dunno. There's some stuff going on here. My second try at your data I went even stronger in Wipe and that may have helped some too - I used vignetting and I think 97 or 98 aggressiveness to get the flat field I wanted.

My typical processing of something like this did not produce the planets around stars. But I also did not get the sparkly bright glob. I wonder if they are related.

My far-flung outer glob stars tend to be gray, and they were in this case also.

Anyway, I still think I was able to make a nice glob from your data, but I could not get the color to a place I liked. I tried full-mask ST color balance and star sampling (after making a giant mask circle around the glob and erasing it), as well as just manipulating the bias sliders by hand. Now, the glob itself I could get balanced to be reasonably similar to good M5's out there on the net, but I could not keep 5 Serpentis from being reddish. And that's what kept making me quit, because I don't think it's supposed to be a red star.

Should be pretty white-ish I think. But if I take too much red out, then the glob becomes too blue.

Yes i got a strong gradient, me too i go to 90% agressiveness for wiping to get a more even background. Not quite sure what causes it. Maybe LP, or myself. There is some light leaking out of the living room where my wife watches TV. I have it in all my stacks lately. Curtains are down, but i guess it remains a lightsource of some kind. Can't expect she sits in the dark without TV, can i...

The sparkling effect can only be obtained by using the flux module. Bit strange but if you make a mask of the glob and sharpen it in de Flux module you get this great sparkling effect. But some artifacts may show up, but i thing it is more then worthwhile.

The spiking around some brigher stars, well, it turned up with M5 , but not so on my M13 i did some time ago.

Colors well, i like the blue but there are other options, i guess.
Top

Ah, Flux. Something I really haven't tried. I think it's supposed to glean additional detail from RGB, if possible, beyond what was made from Synth L? I'm going to have to go read the docs.

But I don't think your glob is too blue at all. The balance you ended up with for the stars seems good. I was just saying that when I tried to get 5 Serpentis the way I thought it should be (which I could be wrong about), then my version ended up with too much blue in M5. Oh well.