This text and image were uploaded to Astrobin this morning. Here is the link: https://www.astrobin.com/8wt8wj/

I believe this is the is the first time NGC 1792 has been imaged and published by an amateur. But it has received a lot of attention from professional astronomers and has been imaged by Hubble and the European Southern Observatory.

The galaxy’s chaotic appearance is caused by the patchy distribution of dust in the disk. In the midst of the confusion, there are at least five spiral arms. Being a starburst galaxy, NGC 1792 is full of star-forming knots and the disk is very rich in H1.

One of the spiral arms is severely asymmetrical, leading astronomers to believe that NGC 1792 had a fly-by interaction with NGC 1808, an image of which I have also posted to Astrobin.

This galaxy is a “peculiar” galaxy, as defined by the Catalog of Southern Peculiar Galaxies and Associations, by Halton Arp and Barry Madore, With its disturbed spiral arm, it meets the requirements of Category 10. In addition, it has five companion galaxies, which complies with Category 5. 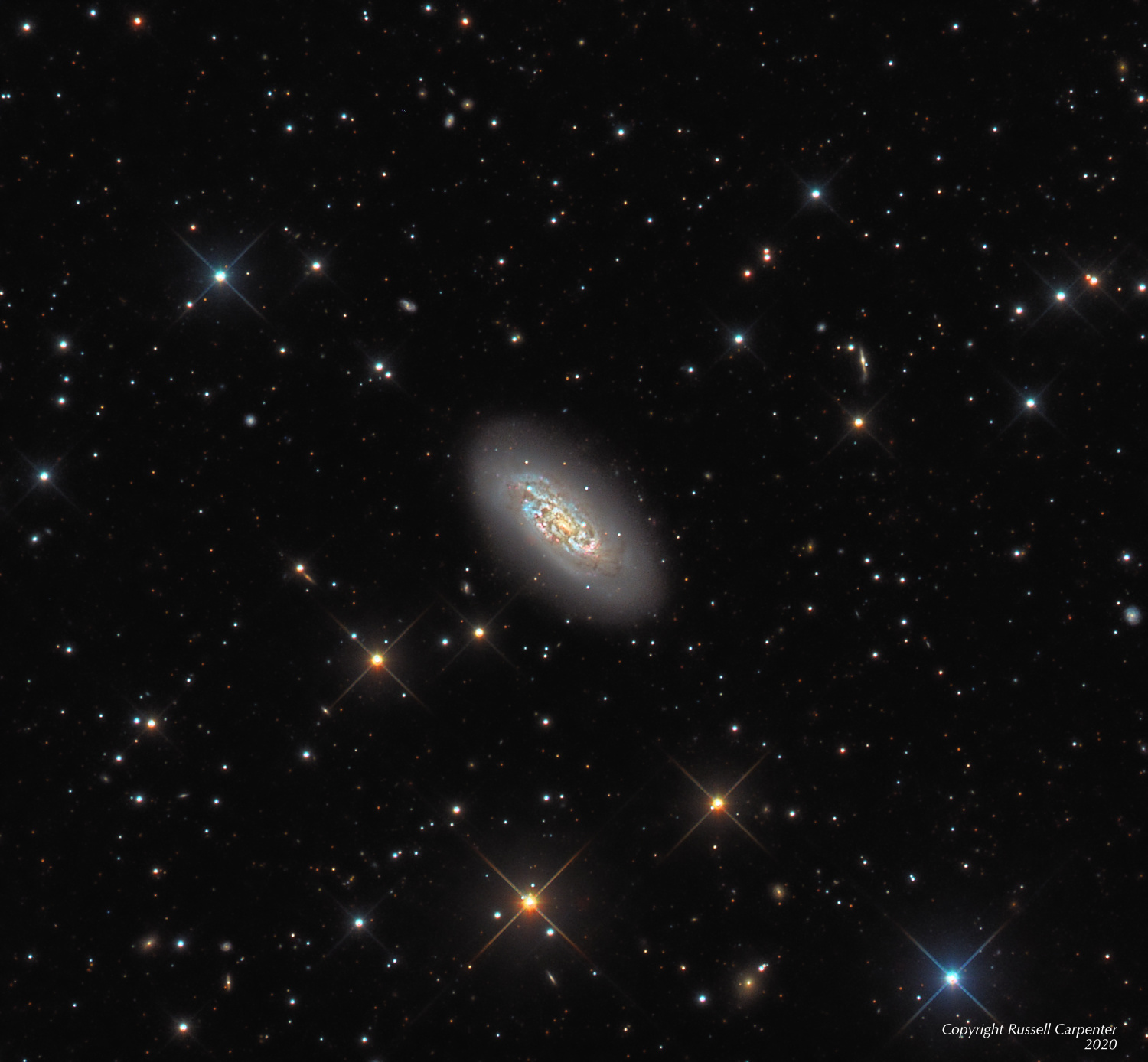 Re: NGC 1792: A Chaotic Starburst Galaxy

Not only is it nice to see the image but it sparks a search to read more about it, and then marvel at what telescope must have been used in 1826!
Top
Post Reply
2 posts • Page 1 of 1