This text and image were uploaded to Astrobin this morning, at this URL https://www.astrobin.com/ppmzpi/ This is an RGB image with synthetic luminance. Total integration time was 2.5 hours.

I believe this is the is the first time NGC 2559 has been imaged and published by an amateur.

In the 1980s NGC 2559 was thought to be a colliding pair of galaxies. Surprisingly, It wasn’t possible to detect a nucleus.

More recent analysis suggests there is, in fact, a nucleus, although it appears to be very small. My image also appears to reveal a tiny nucleus. My image shows a number of Ha regions, indicating that active star formation is under way.

The internal structure of NGC 2559 is scrambled, but it is possible to discern a bar with two arms. The arms are obviously disturbed, with abrupt kinks in several places.

The Catalog of Southern Peculiar Galaxies and Associations, by Halton Arp and Barry Madore classifies NGC 2559 as a peculiar galaxy, because it meets the requirements of category 10 (galaxies with peculiar arms) and category 8 (galaxies with apparent companions).

One of the most interesting aspects of my image is that you can actually see the companion dwarf galaxy directly below NGC 2559 itself. Dwarf galaxies almost always have very low surface brightness, so I felt fortunate to capture enough photons to image this one. It is amazing to see the profound gravitational impact of such a small celestial object. 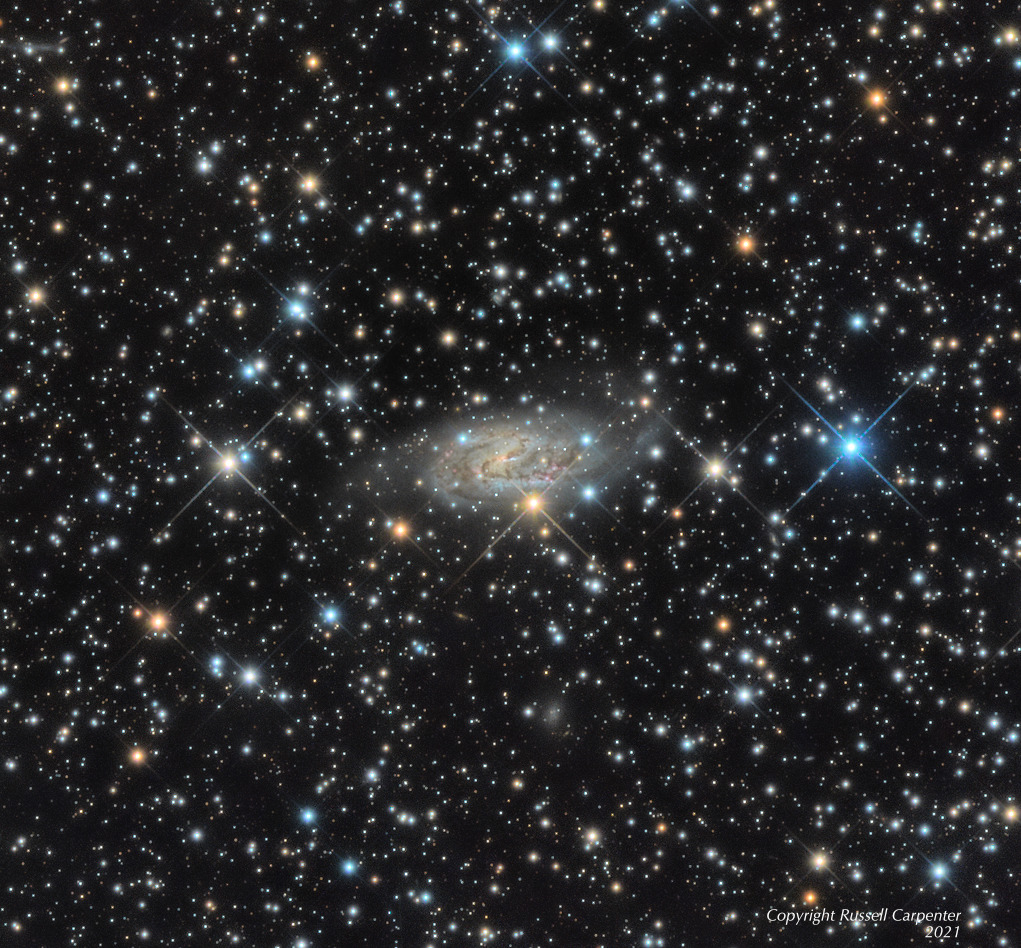