I just uploaded this image and text to Astrobin, at https://www.astrobin.com/q8hkd2/?nc=user The image will get a tepid response from Astrobin users, because they are mainly interested in aesthetics. But I enjoyed uncovering this strange, little galaxy.

I believe this is the is the first time NGC 2310 has been imaged and published by an amateur.

At first glance, this galaxy may not look impressive. But it’s actually a nice example of a poorly understood group of galaxies midway between ellipticals and spirals—the lenticulars. Lenticular galaxies have extended disks and large central bulges. In the case of NGC 2310, the bulge is described as “boxy.”

The stars in lenticulars are old, red stars, which accounts for the distinct yellowish cast in my image. Lenticulars are often quite dusty and occasionally have visible dust lanes, although this image of NGC 2310 does not appear to reveal dust lanes.

NGC 2310 meets the definition of a peculiar galaxy in The Catalog of Southern Peculiar Galaxies and Associations, by Halton Arp and Barry Madore. It falls under category 16—irregular or disturbed galaxies. 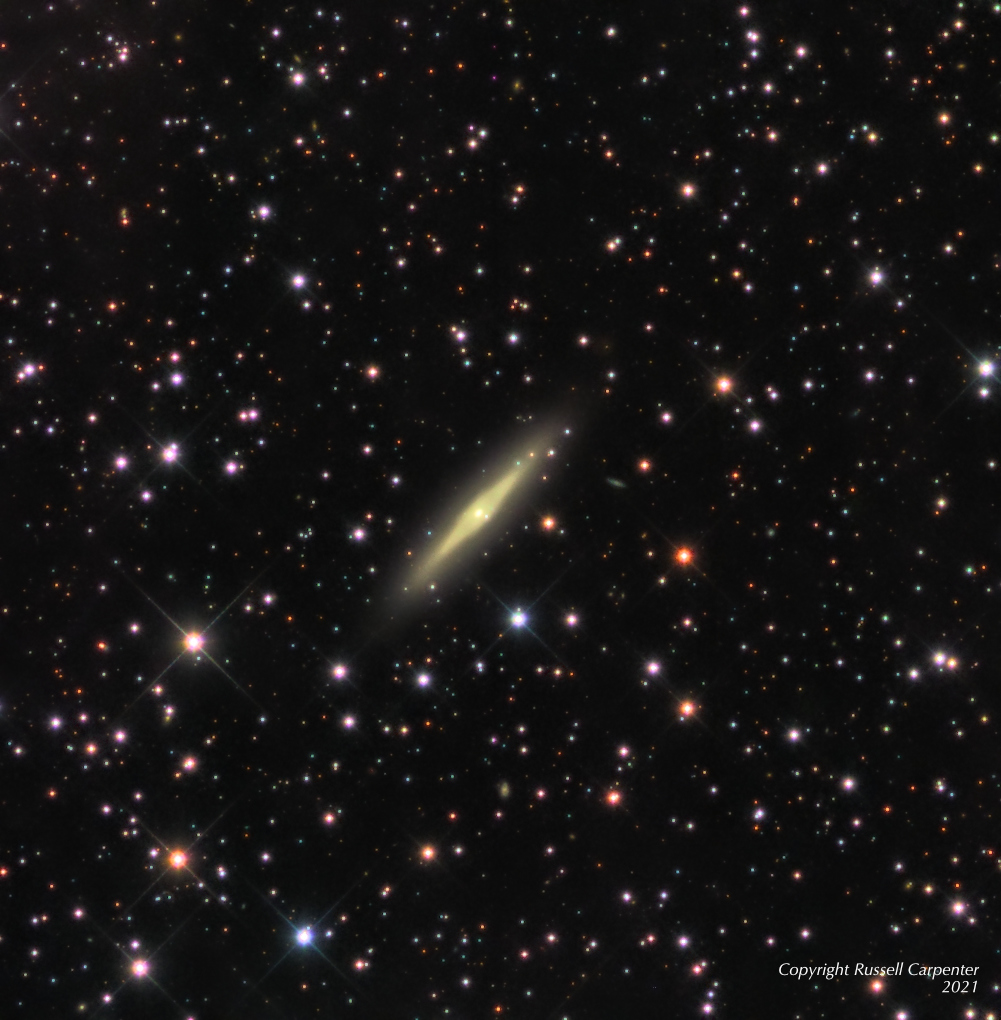