This text and image were uploaded to Astrobin this morning. The link to Astrobin is: https://www.astrobin.com/zeqmcw/?nc=user

This image is part of my on-going investigation of peculiar galaxies in the Southern Hemisphere. I believe this is the first time NGC 2784 has been imaged and published by an amateur.

NGC 2874 was formally classified as a lenticular galaxy; however it is more recently described as an “early stage” spiral. It’s a dramatic example of the enormous variation in the appearance of spirals. NGC 2874 has spiral arms so tightly packed together that they are barely differentiated. Compare that to late stage spirals, which often seem bizarrely chaotic.

Actually, my favorite aspects of this image are the tiny interacting galaxies. The spiral on the lower right of NGC 2874 is uncatalogued. On the left side we have the elusive dwarf NGC 2874 DW1, and farther out you can see the peculiar spiral dwarf LEDA 166096. I am always amazed that amateur telescopes can image such esoteric objects.

The Catalog of Southern Peculiar Galaxies and Associations, by Halton Arp and Barry Madore classifies NGC 2284 as a peculiar galaxy because it meets the requirements of these categories: 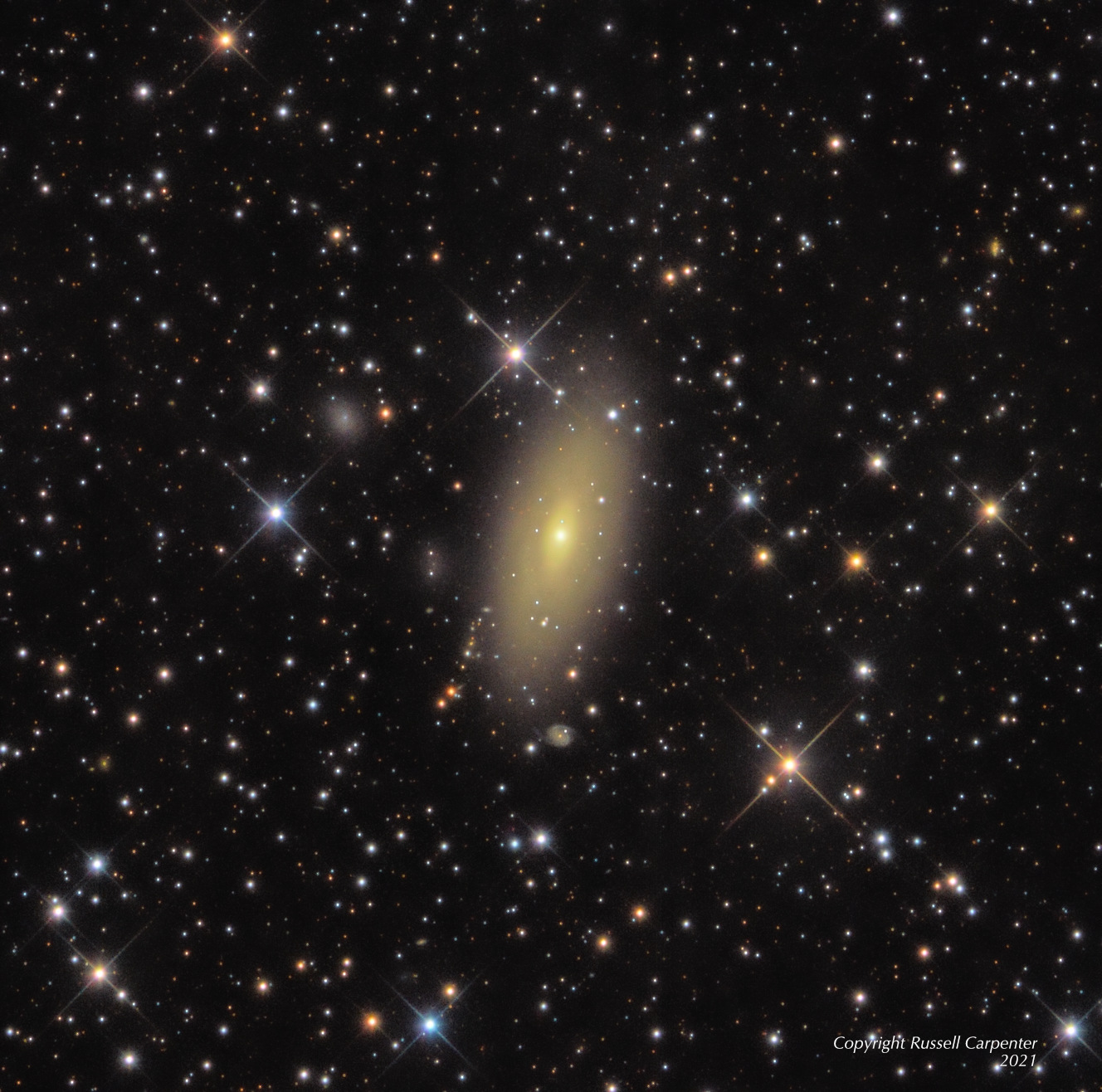