This image gave me a lift. Perfect example of two galaxies eating each other. The Astrobin link is: https://www.astrobin.com/z7pssk/

This image is part of my on-going investigation of peculiar galaxies in the Southern Hemisphere. Arp 245 was cataloged in Halton Arp’s original Atlas of Peculiar Galaxies but was not included in the Catalog of Southern Peculiar Galaxies and Associations, because its declination is north of that catalog’s limit of -25. degrees.

I am pleased by this image because it is such a clear example of interacting spirals. The lower galaxy, NGC 2992, is almost edge-on, while the upper galaxy, NGC 2993 is virtually face-out. They are connected by a bridge and both of them have extensive tidal tails.

StarTool’s color tool is extremely competent and is ideal for objects like Arp 245, where the colors tell a story. StarTools is also excellent at maximizing dynamic range in the important parts of image, which has helped preserve subtle changes in the galaxies’ density.

NGC 2992 has a complex structure and has been studied intensely at different wavelengths. 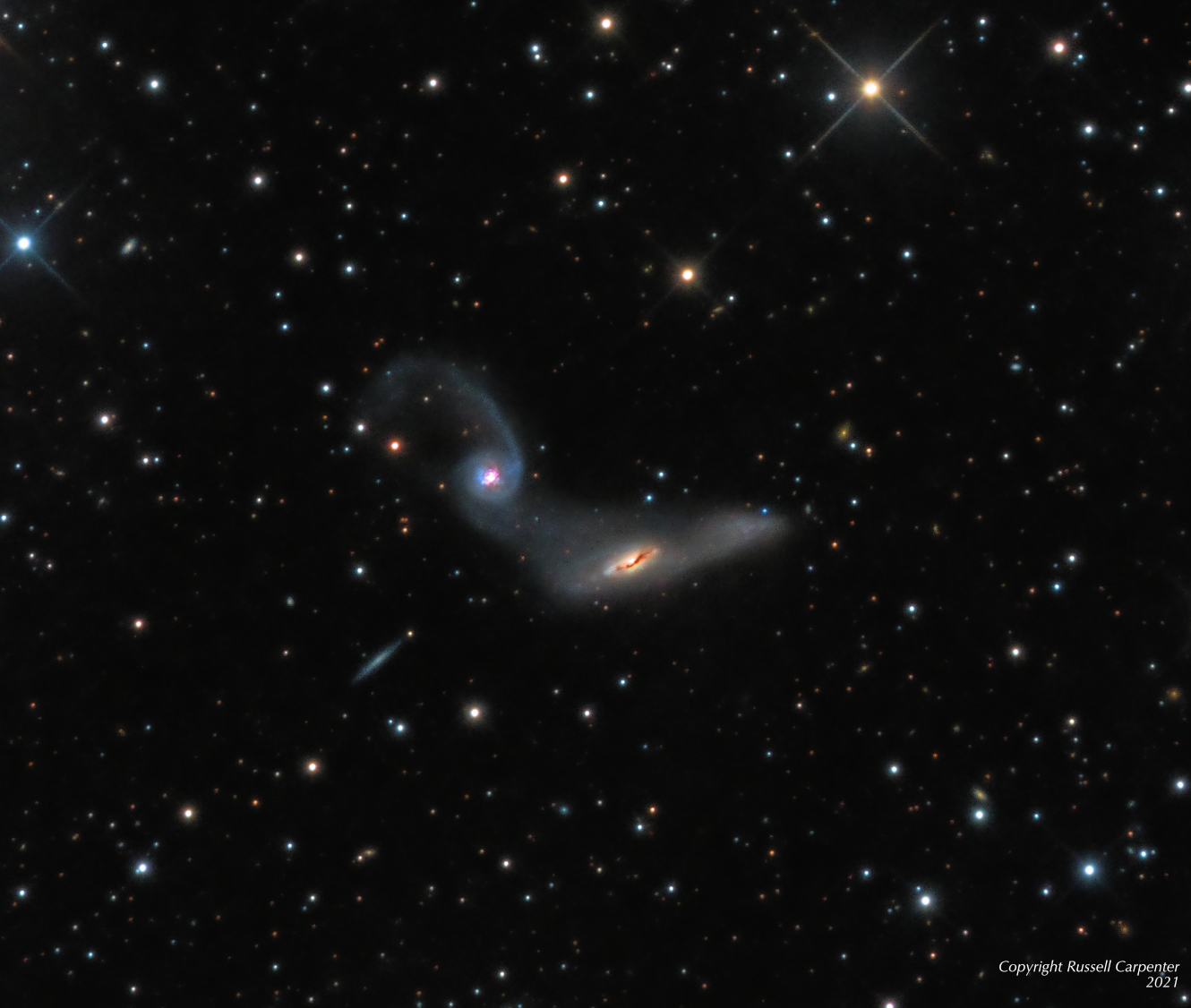