This text and image were uploaded to Astrobin this morning. https://www.astrobin.com/2d4xy1/

This image is part of my on-going investigation of peculiar galaxies in the Southern Hemisphere. NGC 2835 is a good looking, face-out spiral that was recently imaged by Hubble. The Hubble image stimulated some silly headlines in the press, like “Hubble Locks Eyes With a Snake.” I guess the very small nucleus and bar make this object look a bit like the head of a snake.

NGC 2835’s main claim to fame is that it has four or five arms, whereas most “grand design” spirals have only two. These multiple arms caused Halton Arp to include NHC 2835 in his Catalog of Southern Peculiar Galaxies and Associations. 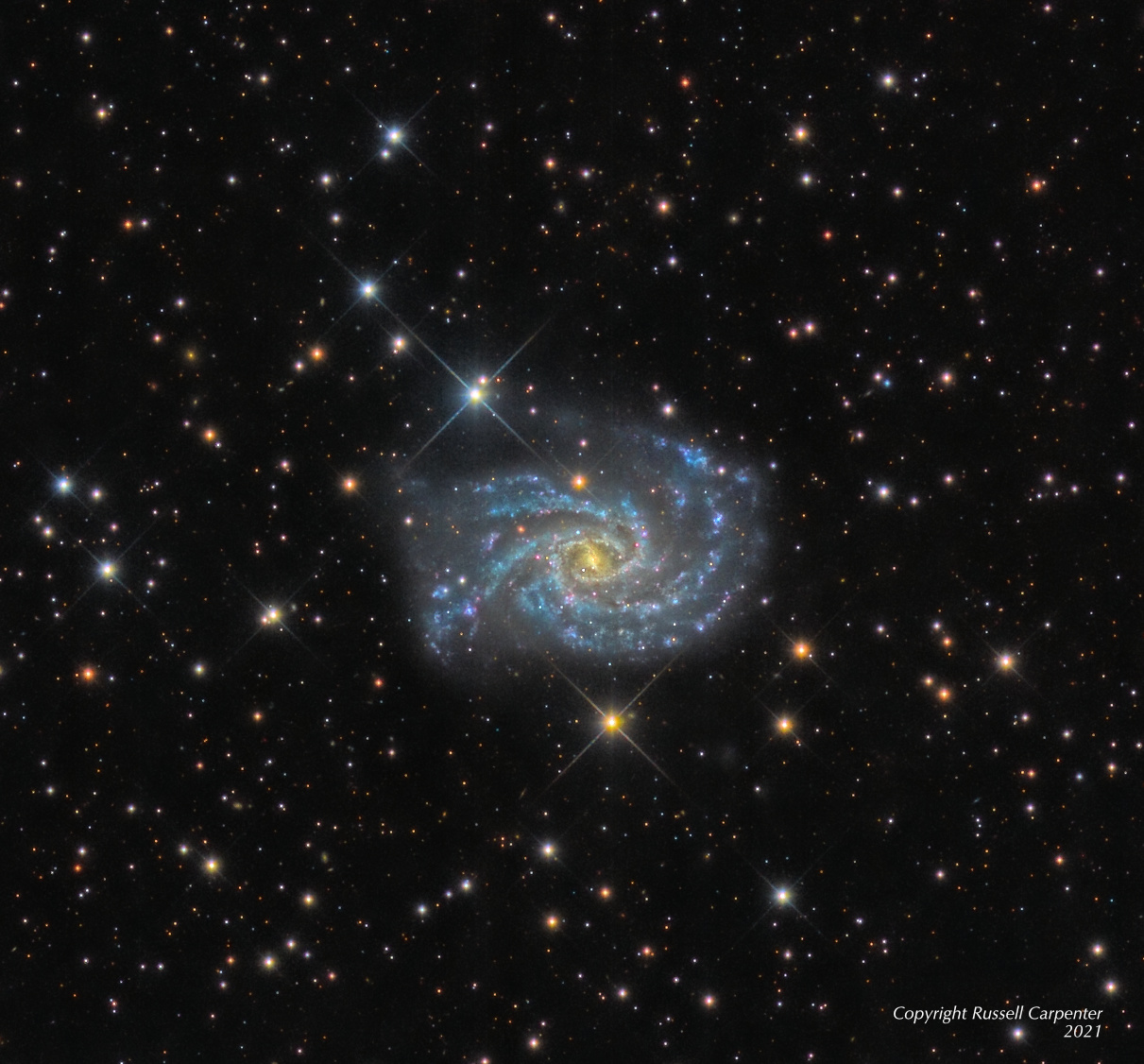