This is my first new data with full processing in 1.8a, and was the monthly beginner target for CN (which tends to be a lot of my data these days).

But it's sort of a Frankenstein. I ended up with a decent galaxy during earlier processing, but wasn't too happy with the stars and background. Very messy, maybe slightly overstretched. I believe it was done beginning with a 50% bin.

Later I ran through the workflow with a 71% bin, so still a pretty decent and no doubt oversampled resolution of about 4000x2500. I got a much better HDR and SVD out of this one, and was really happy with the galaxy core and especially the starfield. However, I ended up too weakly stretched on the galactic arms. Part of that is likely I needed more integration for this tiny, faint galaxy.

I thought about bringing up the logs and finding some kind of compromise workflow to get the best of both worlds. Instead, I just rescaled the higher resolution version with the nice stars, and used Layer to blend in the better galaxy using Lighten mode. It took some custom mask work, fuzz, and then some color corrections.

Probably not great, but perhaps passable at least at this scale - which is a D5300 at 900mm. No troubles with 1.8, I selected sampling stars with some hesitation, and it behaved well. Also was decently fast, despite processing at the resolution I was (and I almost never bother with preview selections and just work the entire image). 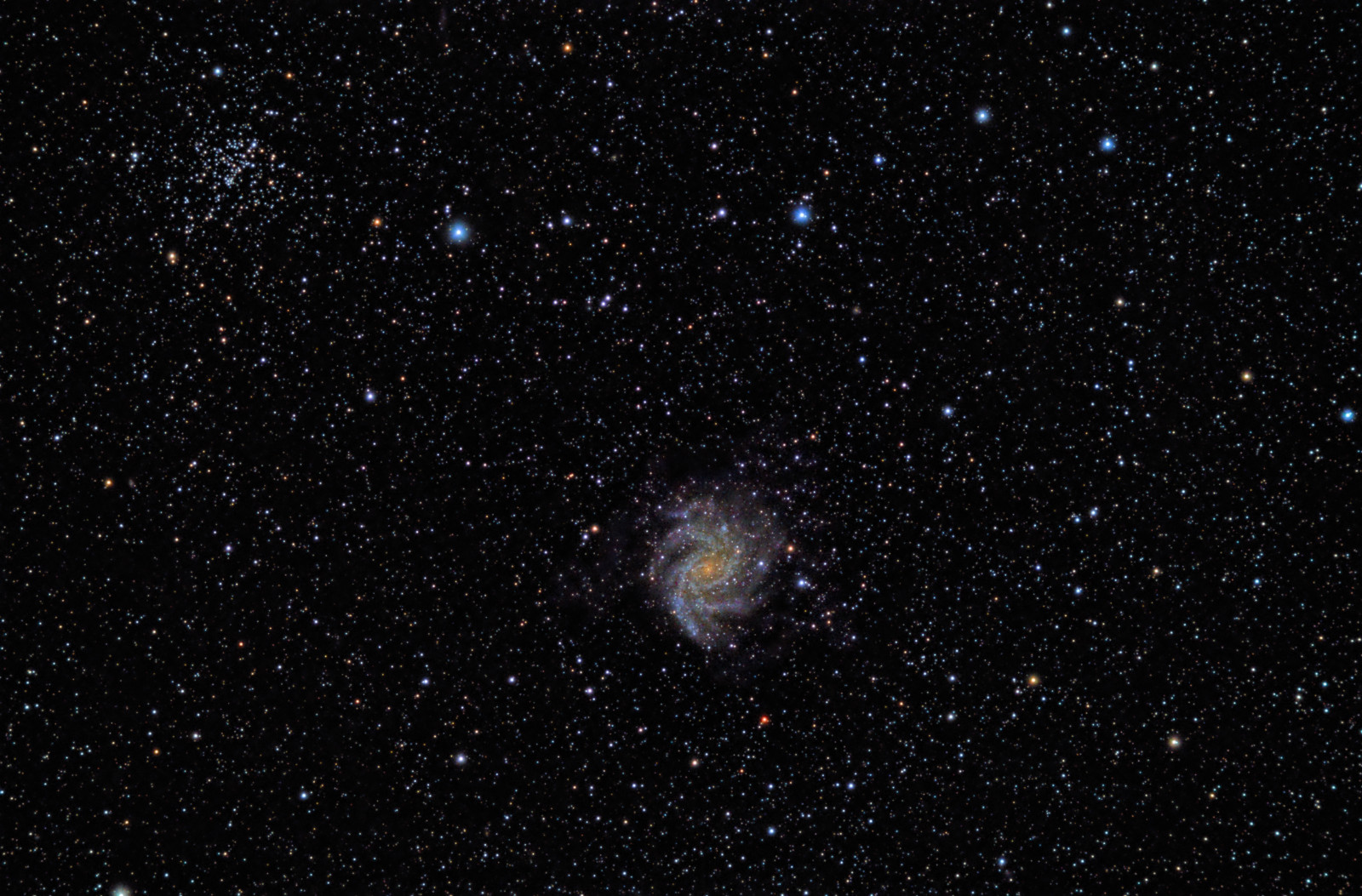