I took this one on a whim not quite a week ago. There was a very bright half moon, but my scope and camera were still connected with the L'eNhance at the end of the adapter, and while outside looking up at Vega, I realized it would be going away pretty soon.

About 15 years ago, M57 was the first DSO I ever "saw" in visual observation. For all the work that took, the payoff was disappointing. I figured a picture would be so much better, and indeed it was.

Due to a couple boneheaded errors, my guiding was poor and erratic, but managed to eke out slightly over two hours of usable subs. I also did not realize what a tricky target this is -- very small, and really quite bright. I will go into this with better knowledge next time.

I also eventually found that a custom rectangle and 2x drizzle in DSS helped.

In order to get anything other than a million watt white donut in the middle of the image, I had to be quite careful with the AutoDev, and follow it up with a couple of HDR's (standard and then a customized reveal core), as also utilized the dynamic range extension in SVD. Of course all that didn't work so great for the stars, so I processed those separately and then brought them back together in layer. Worked fair enough for this scale, but a later crop version I did was good for the Ring, but the stars became mush again.

) comes out, I will toss this data straight at it to see what it can do. And will also work on cleaning up the stars some more, if I can. For now though, it was a lot of fun to capture and process this, and soooo much better than "averted vision" observing. 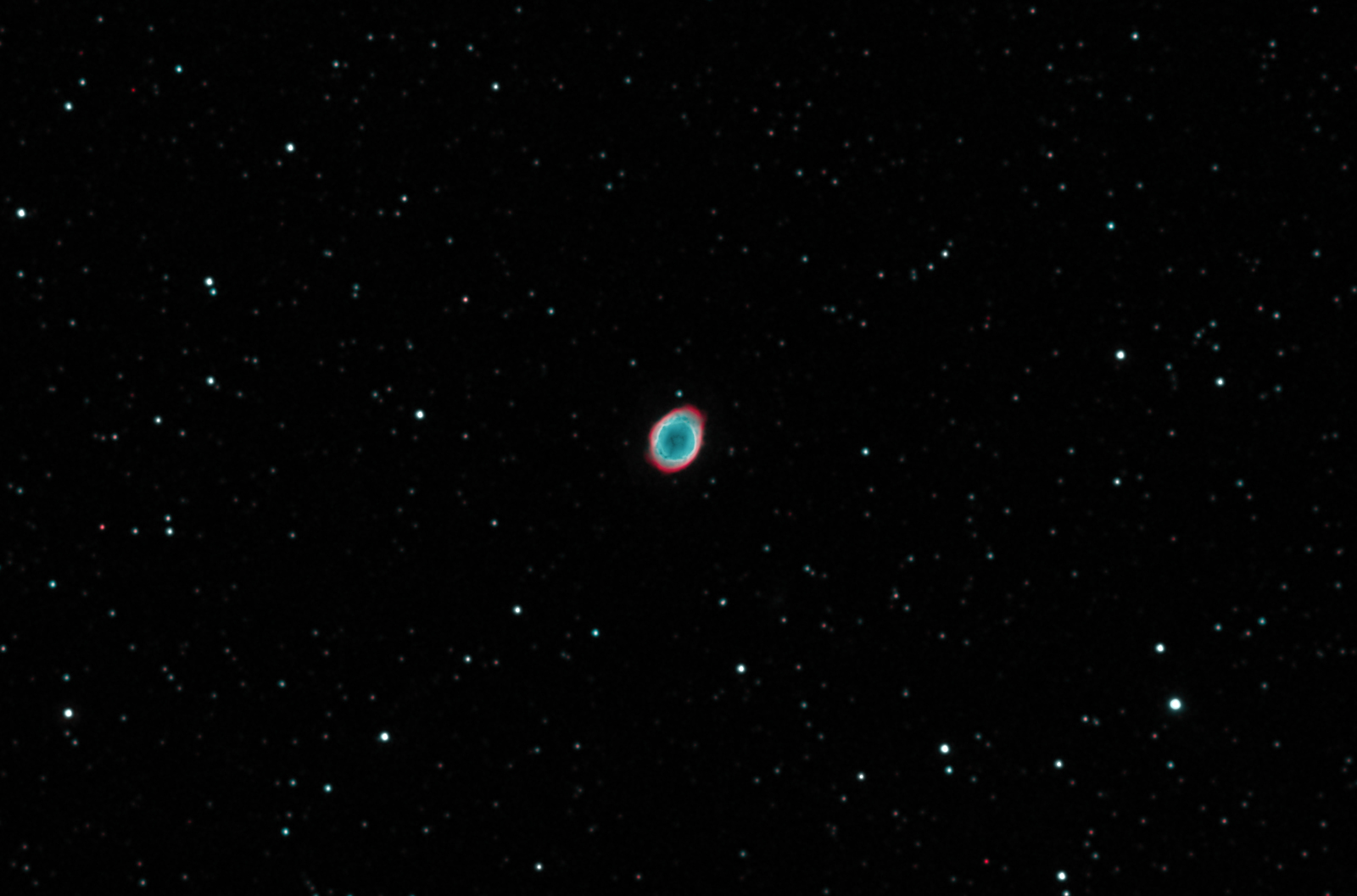