After a couple nights of trying to learn collimation in the living room, I then tested balance with the camera and guidescope, and took it all outside to test guiding and coma correction wit the MPCC.

Caveat - I have nothing dialed in yet. Still getting my feels for collimation, and no adjustment to backspacing of the coma corrector so it's just threaded on in factory position. Other than some wind gusts and occasional slow dither settle down, despite the wonky multi-axis balance issues the guiding went surprisingly well.

Subs had to be short - not only does this thing collect light pretty fast, but this was Sunday night so the moon was very close to Orion and pretty much shining right down the tube. I tried 30 second subs at iso100 for 30 minutes. Tossed several due to the wind, ended up with 26 minutes.

The gradients and weird reflections from the moon were pretty gnarly, so I had to crop off one side pretty hard. Still, as a first try of so many new things, I'm pleased with it. Better than my tries at M42 last year with the refractor, which were also of limited integration and also before I fixed my lens cell.

Also my first time taking M42 using the f/s D5300 (with UV-IR cut), so the color balance was a bit difficult as full field or star sampling didn't seem to be spot on and reds were strong.

Plenty of flaws, and much to learn still, but it was a lot of fun playing with new toys. 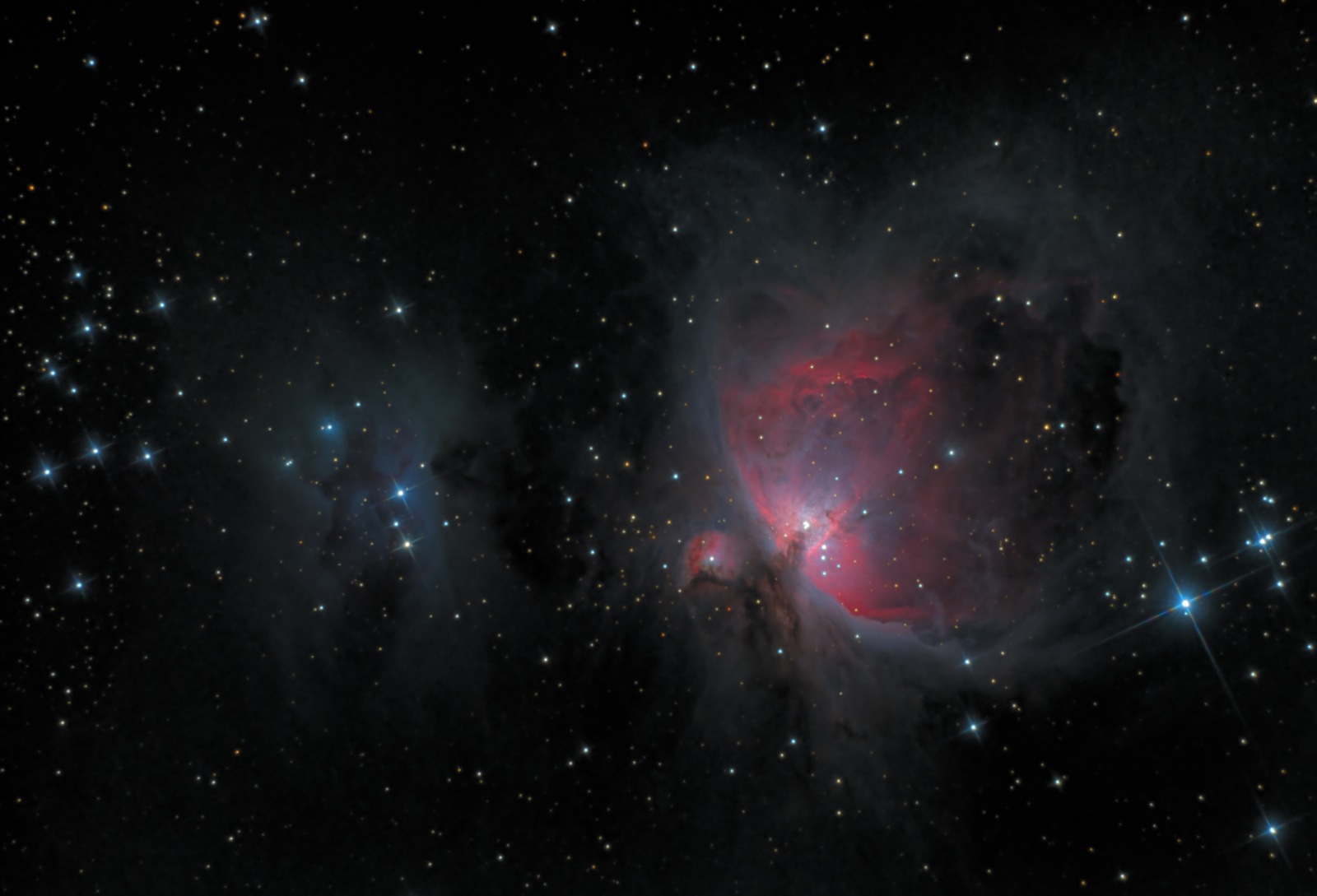 looks like a great first light to me, especially with new scope (even new type of scope), corrector and new methods! Stars seem pretty spot on (of course I don't know how much you cropped

Congrats on first light!
And a very a respectable M42 to boot - this bodes very well!

Not even Christmas yet and already unwrapped a new toy!

Yeah, a well-before X-mas gift to self. I believe I got my 100ED last November, so I was due. Maybe it's a Thanksgiving thing.

I've become so used to F/9 or F/7.2 over the past year, I have some real changes to get used to. In a good way, I imagine. Just as long as I don't find myself taking a million 10 second subs.