This image and text were uploaded to Astrobin this morning. https://www.astrobin.com/ygbjl3/ Most of the processing was done during vacation on my tiny M1 MacBook laptop. Worked perfectly.

NGC 1316 may not be the champion of messy lenticular galaxies, but it must come close.

- First, it is the largest galaxy in the Fornax cluster.
- Second, it is such a strange object that astronomers have had a hard time classifying it. The notes to one catalog said “The type assigned here is done simply to force it into the classification by considering some features and ignoring others.”
- Third, it is one of the most famous radio sources in the Southern Hemisphere.
- Fourth, its extremely disturbed structure is strong evidence of multiple mergers and flybys.

NGC 1316 is interacting with the smaller galaxy to the left (NGC 1317). However NGC 1317 appears to be too small to fully account for the wreckage in NGC 1316. More evidence of a violent past.

NGC 1316 meets three criteria in the Catalog of Southern Peculiar Galaxies and Associations, by Halton Arp and Barry Madore.

Category 15: Galaxies with Tails, Loops or Material or Debris

Category 22: Miscellaneous. (Arp used this as a catchall for galaxies that were too strange to be classified in any other way. NGC 1316 was one of just two examples of “ringing” galaxies. 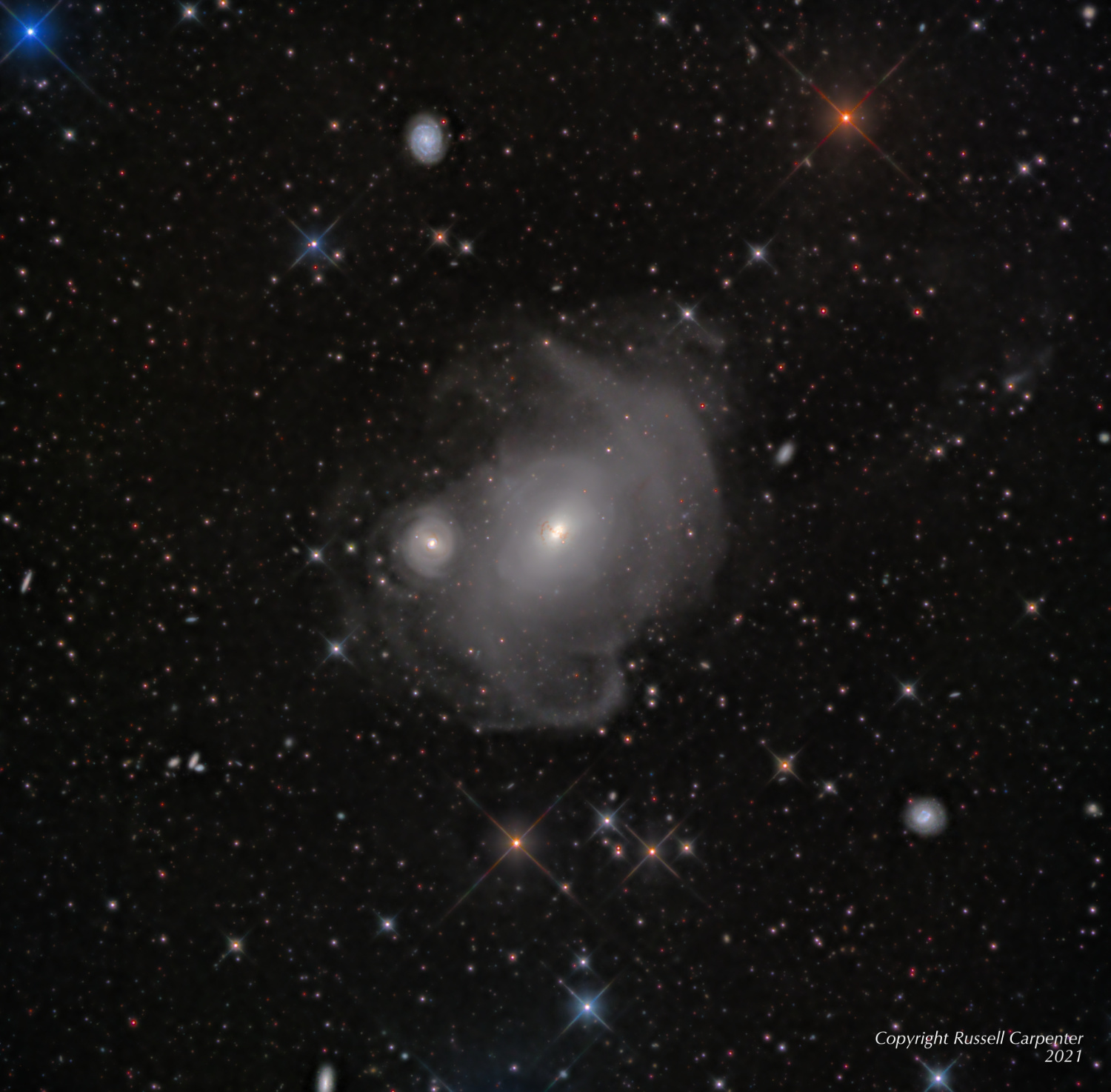