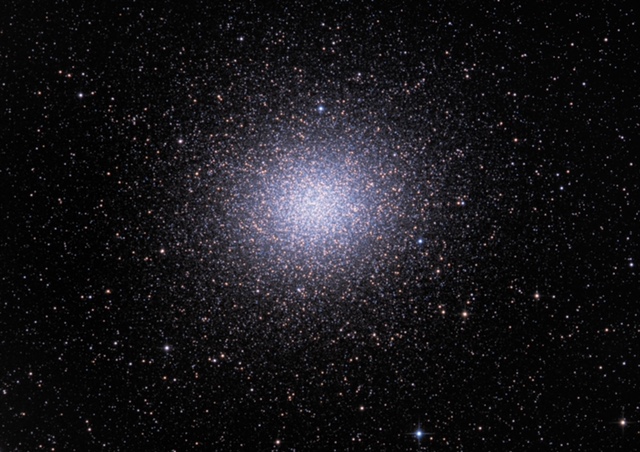 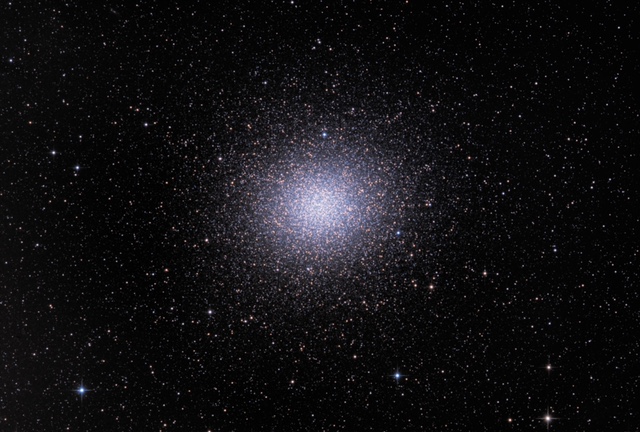 Great image as a first light!

Is the non cropped version the original FOV or already slightly cropped (apart from stacking artefacts)? If it's the original FOV, the stars in the corners look awesome (as far as I can judge from the jpegs with reduced size). Some day I will upgrade from MPCC to GPU, too...but then I will have to research how to best adapt the T2 connection from camera to M48 of the GPU...sigh

Thanks Stefan
The original frame was just crop for stacking
I was working on my iPhone so it only gives you 3 sizes to select from and I had to choose the smallest to send
The GPU is a quality piece of kit , very solid and comes with a brass sleeve so your focuser thumb screws bight nice and tight
I’m sure you can find a T2 to M48 adapter as it’s quite a common conversion
My 2600MC weighs 720 gm and the Baader only had a 25mm neck so it wasn’t easy to get it seated right
The GPU has a big stop collar and is 105mm long into your focuser tube, really solid and tightens up nice and flat against your focuser
Well worth the investment
Thanks again
Martin
Top

Thanks, Martin, for your helpful information!

No doubt! In future, I'd also like to do OAG...I use a guide scope at the moment. Then I'll have to ask myself if the OAG should already have a M48 thread so I could connect GPU and OAG and the adapter between OAG and camera...do I want a filter slider between OAG and camera and which thread should this have then? In which order should I buy the gear? Certainly not simultaneously - I just bought a new OSC, my wife won't allow me again spending too much money

Will have to think about it.

I heared a lot of good things about it. Also Mike's recent comparison of the MPCC with another CC indicates that the MPCC is rather on the cheap side...

) I'm not sure my attempt at it last year was able to properly pick up that spherical displacement that it has.

What are you using to convert and compress your files to jpg for posting? I think Ivo lets us go up to 510kb or so (not sure if that's per image or total per post), and yours are a lot smaller than that - so you have plenty of room to go bigger. I am unsure of any x/y resolution restrictions for ST forums, but I have inserted plenty at 1280 wide and even 1600 wide (the CN max), and they seem to work fine here.

Congrats on the new CC!

The Baader MPCC Mk III, while not necessarily "cheap," is known to work better at f5 and 6, and not so well at my f4 that's for sure. But even though it correct better at the slower speed Newt, it may still mush up some central image detail. My new CC that I reviewed a week or two ago is the Sharpstar 3-element 0.95x MPCC, and that's been a really huge improvement for me. It has an image circle made for APS-C.

They also make a 1.0x MPCC, 4-element, that is made for full frame. From what I can tell, that is exactly the same as your TS. Note that the graphs (which I don't understand at all) are exactly identical.
https://www.firstlightoptics.com/coma-c ... piece.html
http://www.sharpstar-optics.com/index.p ... s/331.html

I believe they also make "Askar," and perhaps that and "Sharpstar" are the in-house brands? I am uncertain about TS, but I think that's more of a European line.

Stefan, what goodies were included with your version of the 571 cam? If you look at the ZWO ASI version, there are a number of items that are listed as "come with camera." Among those are several adapters. A T2 threads directly to the camera and is 21mm. The back distance of the sensor in the can is 17.5mm. Another included adapter is 16.5mm and is also a T2 to 48mm. This produces your standard 55mm backspacing, which luckily the Sharpstar uses. And it directly threads onto the 48mm at the end of the adapter. I presume the TS/Sharpstar 1.0x MPCC is the same. So, you might already have what you need.

Martin, if you have any side-by-side of the same target, it would be great to see the comparison of the Baader to your TS, and how much improvement is achieved at f6. The difference at f4 was significant. 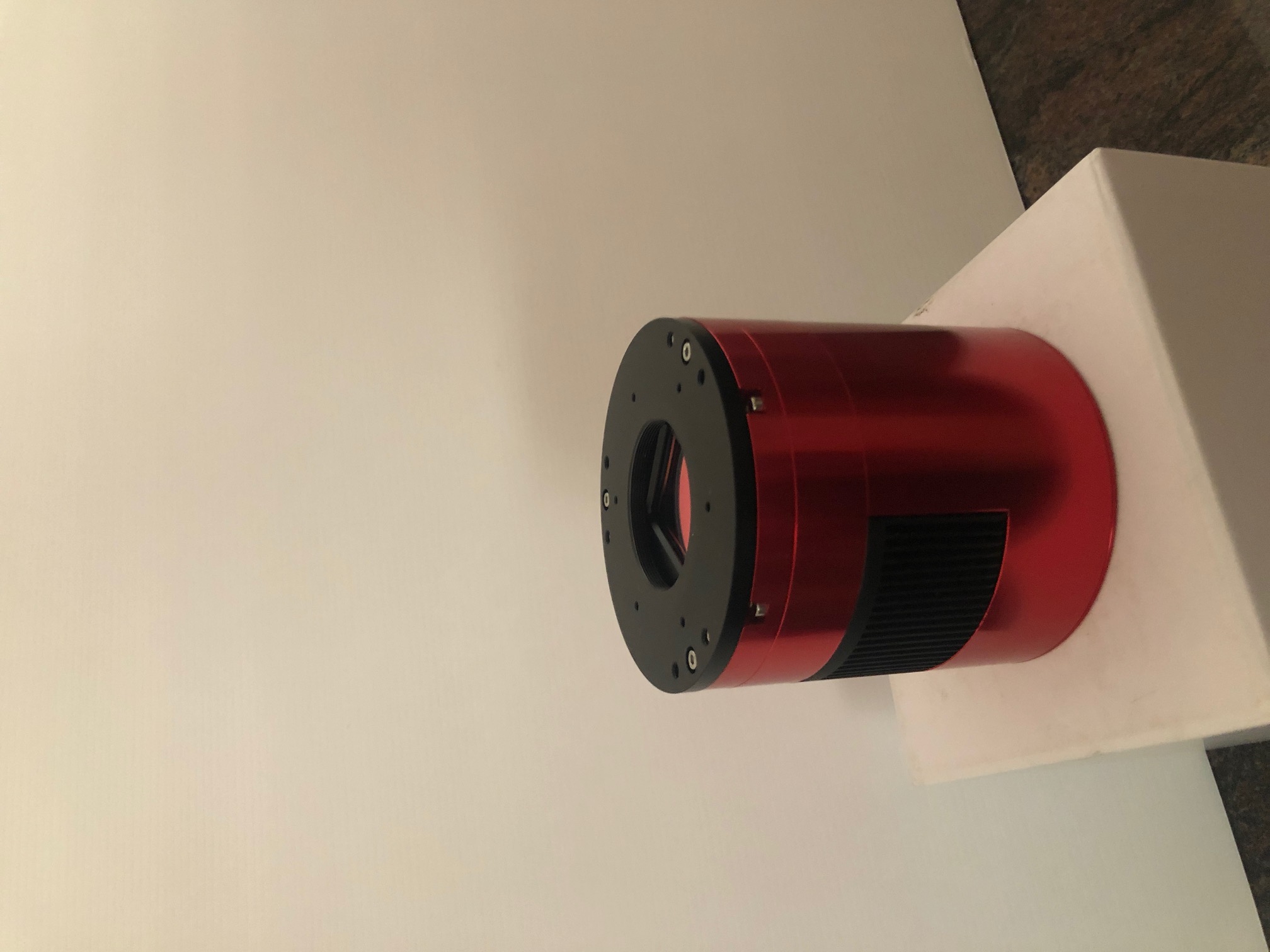 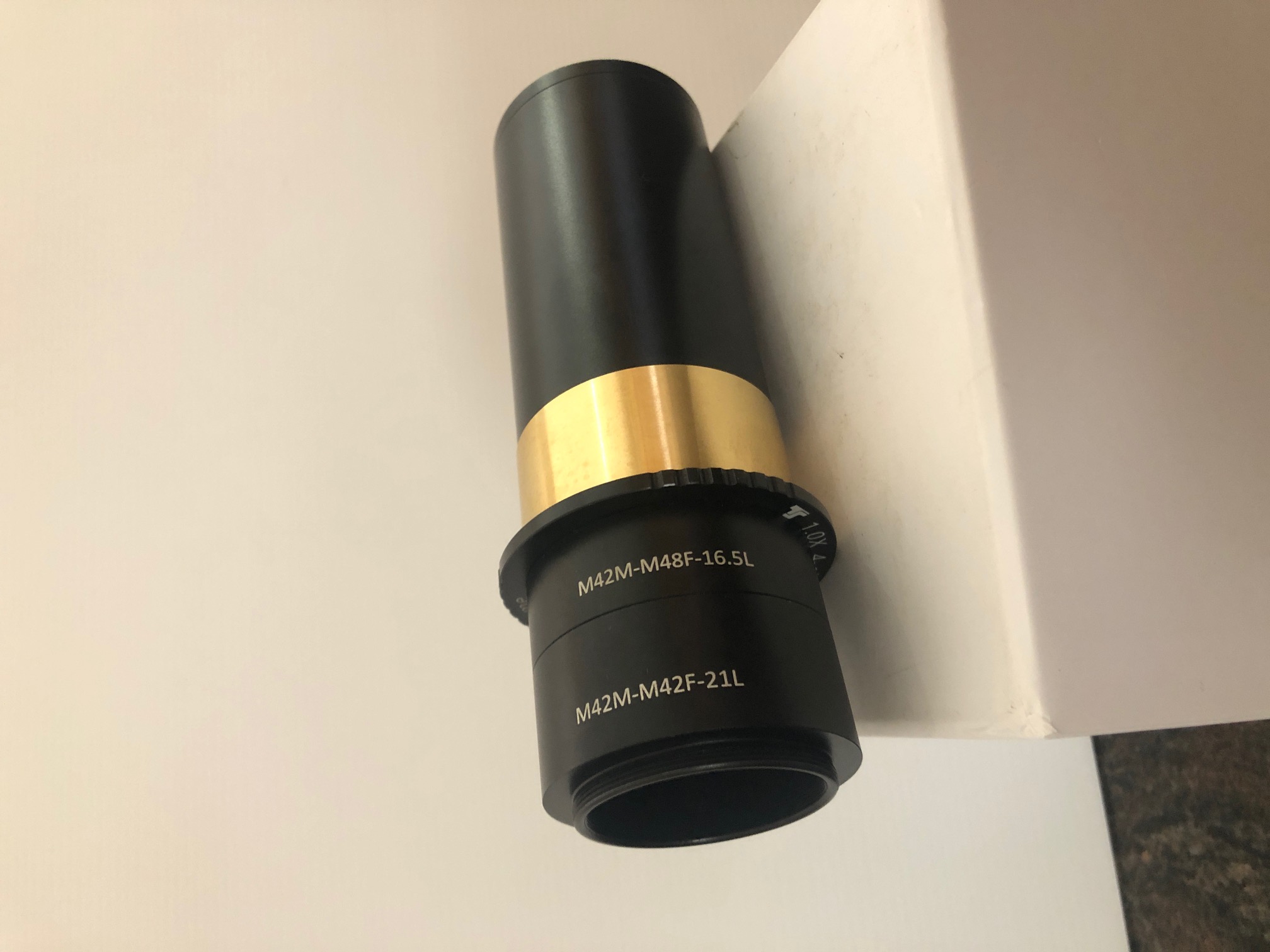 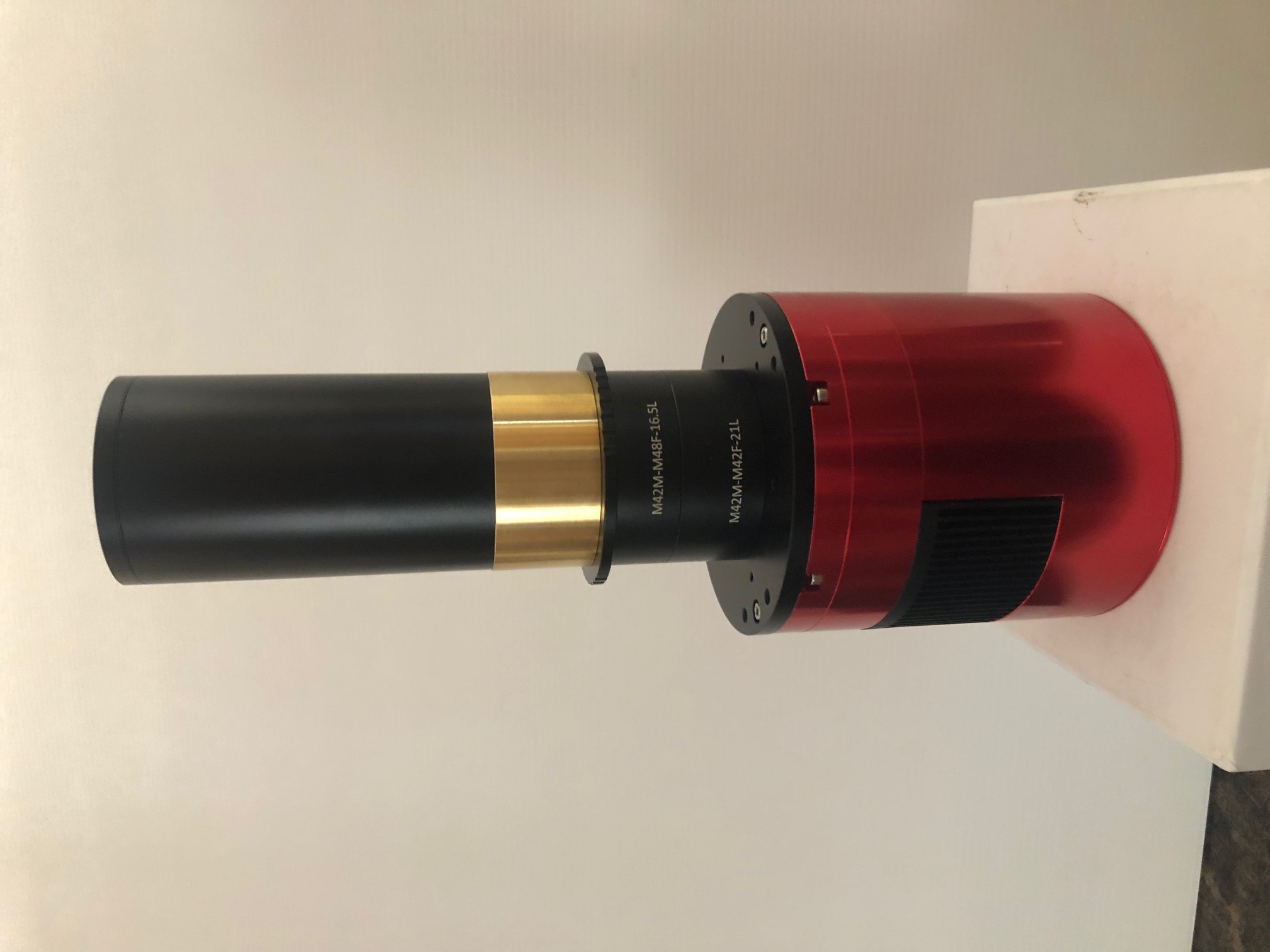 Just provide me with a new CC and I'll get the testing done.

that’s an impressive looking glob you captured there

Your rendition looks nice and well-balanced. And you only did a quite basic processing in ST, as you wrote. Did you use any special tricks to make the outer, dim/faint stars brighter – apart from choosing an appropriate ROI?

Thank you for pointing out that you used “Scientific RGB ratio” for colour processing. As I read, it preserves star colour. I will certainly use this in future when processing globs.

Is there any chance that you could upload the image at full resolution? I would like to take a closer look at it, and probably some of the other people here as well.

Thanks Dietmar,
No tricks just selected a ROI in AutoDev
This forum only allows 500Kb files
If you can suggest another way to upload then I could try
My images are saved only as Jpegs