just for the sake of completeness … the Eastern Veil

This was my second run with the modified camera and the new L-eNhance filter. There was no dew or fog that night, but other things didn't go so well. Actually I was heading for another target, but I failed to find it (I don’t have a go-to mount). Already tired and totally frustrated, I decided to head for the Eastern Veil. The battery of the camera was already 50% depleted and on top I I ended up having problems with guiding. No idea why, I guess that’s the price I have to pay for using the weakly dimensioned EQ-5 mount.

But it is absolutely awesome (at least to my eyes), what StarTools got out of this poor data set. And so I decided to show this image here anyway … The veil nebula is really a very beautify target! 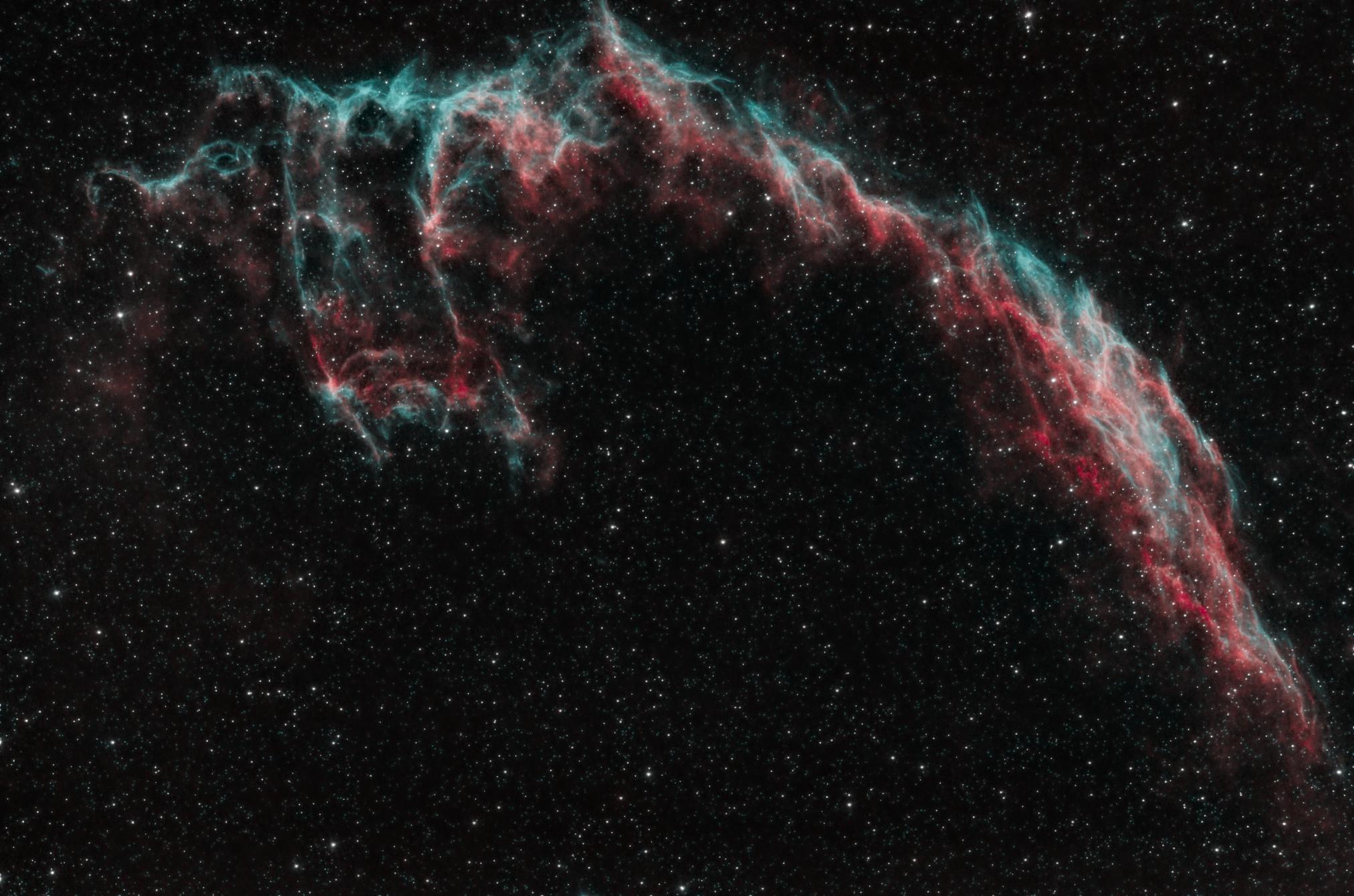