I live in a white zone and image from my garden in narrowband. I'm always amazed at what the sensor will pick up in terms of detail etc..

My question is that when it comes to colour processing what works for monotone Ha subs or regular broadband processing doesn't seem to work for me. The initial stretch produces an image with a very light background. 'Wipe' will deal with this - although with a lot of trial and error - when I'm processing a monotone image, but with the narrowband stacks assigned to rgb its much more difficult. I end up with a very noisy or very dark image.

Just wondering if there is a different workflow I need to be doing. At the moment I am loading separately the different stacks into LRGB module, stretching, wiping, creating an inverse star mask, deconv, sharp etc...

Would you be able to upload your datasets so we can have a look on what makes the most sense for you?

Thanks for having a look at these Ivo.

I'm very interested to see what you make of them. My hunch is that the O3 and S2 data has a very poor signal/noise ratio compared to the Ha, which seems to come out better. All subs taken in a white zone as previously mentioned.

Thank you for sharing that Chris!

Given the 3 different bands all roughly contained the same amount of exposure, I just loaded them with the LRGB module as the SHO for RGB respectively. This will yield you the famous Hubble Palette (with some tweaking in the Color module). Had they been different exposure lengths, you might want to create a synthetic luminance frame, process that separately and later merge color and luminance.

Something strange is going on in the O III band though (stretched with AutoDev below). It's as if your flats aren't working properly or perhaps your optics were dewing over? 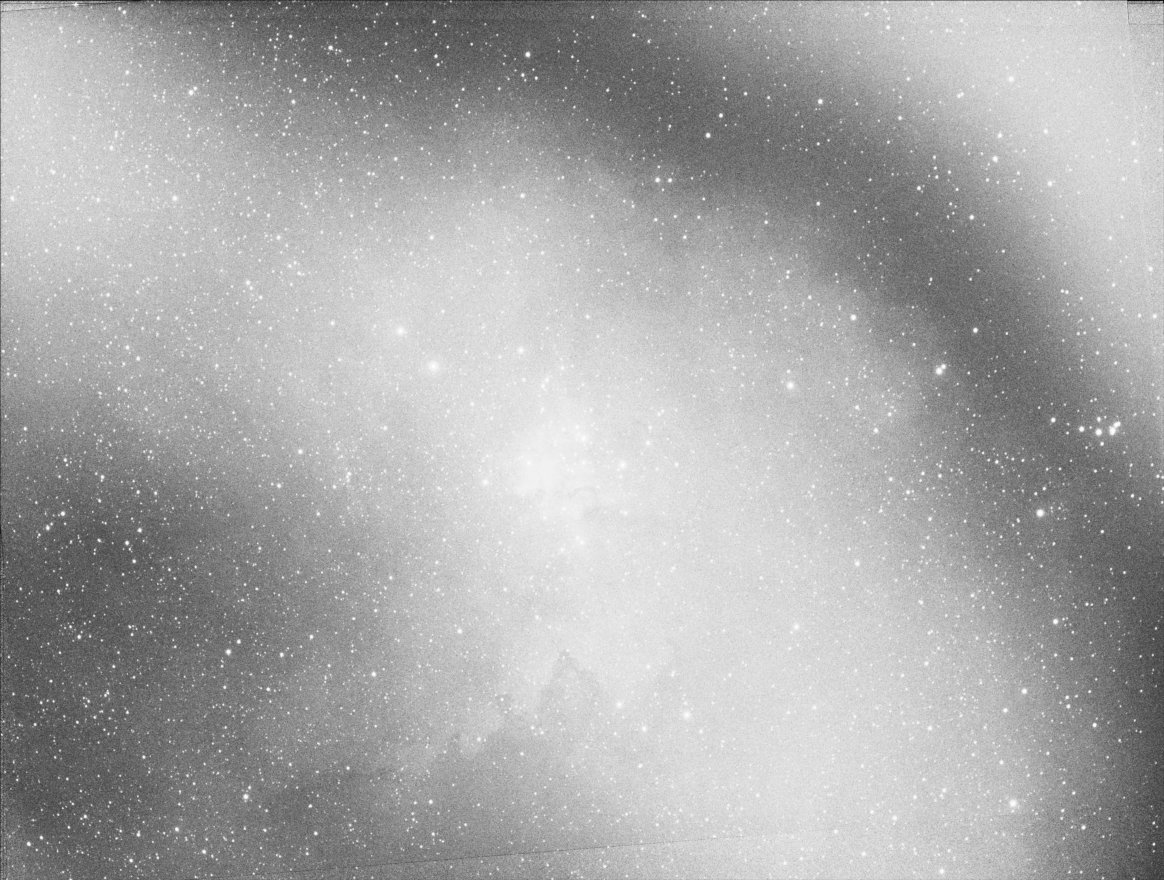 When you use Wipe, you'll want to make sure you have no bias/gradients left. You obviously would crop away as much as possible, but sometimes you miss some stacking artifacts (and Wipe will star showing halos near the edge of the image). You can just Keep the Wipe result, do an AutoDev, crop away the stacking artifacts that you have visualised and... start over from the linear data using the Restore function, except that the linear data has now been cropped. It's a bit of time travel, where you're cheating with foreknowledge of the future, so you can make sure Wipe doesn't stuff up. Yay for the Tracking feature!

Below is a Hubbl-"ish" composite. I didn't process the detail at all on purpose (e.g. no decon, sharpening, HDR, Contrast, etc.) and just went straight to the Color module after doing an AutoDev.
There are no set rules for coloring narrowband, but I applied the following in the Color module;

The not-so-hot O III data is probably causing some color disparity issues, but you get the idea. You can desaturate the purple stars if they bother you of course. 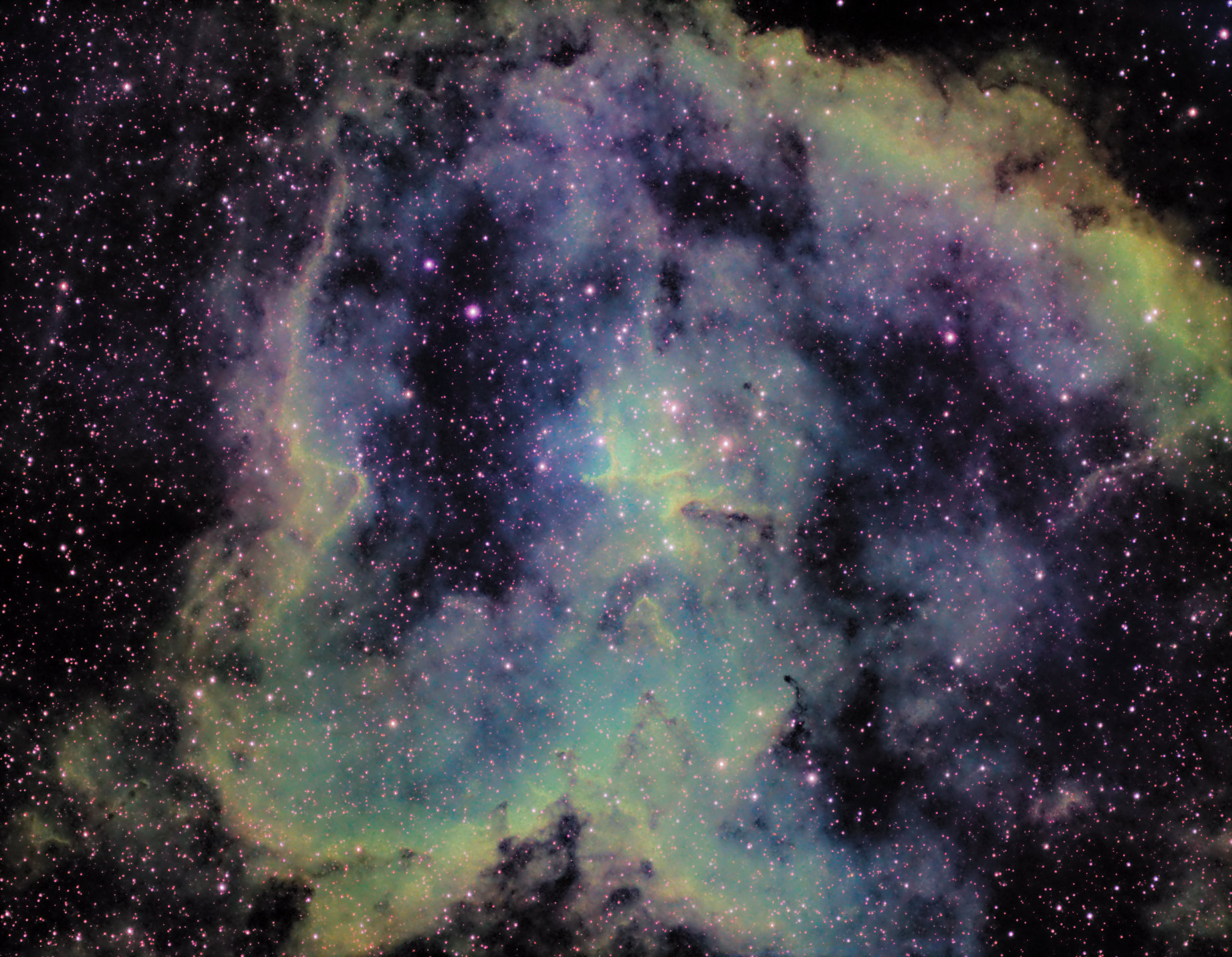 Thanks Ivo! You certainly managed to get a much smoother looking result than I have a managed so far. I’ll try doing separate flats for the o3 data.

Can you tell me a bit more about the wipe settings you used? Was it the default ? Wipe is the bit I seem to have the most trouble with.

Thanks for taking the time to do this

raymanstar wrote:Can you tell me a bit more about the wipe settings you used? Was it the default ? Wipe is the bit I seem to have the most trouble with.

Yes, after cropping away stacking artefacts (see previous comments about restore function to get them all), I used mostly default settings, only with Parameter [Dark Anomaly Filter] set to [7 pixels] to catch any small dark anomalies (since I don't trust the flats in the O III data).
Ivo Jager
StarTools creator and astronomy enthusiast
Top

Thanks for posting your stacks. I gave it a try well and came up with this: 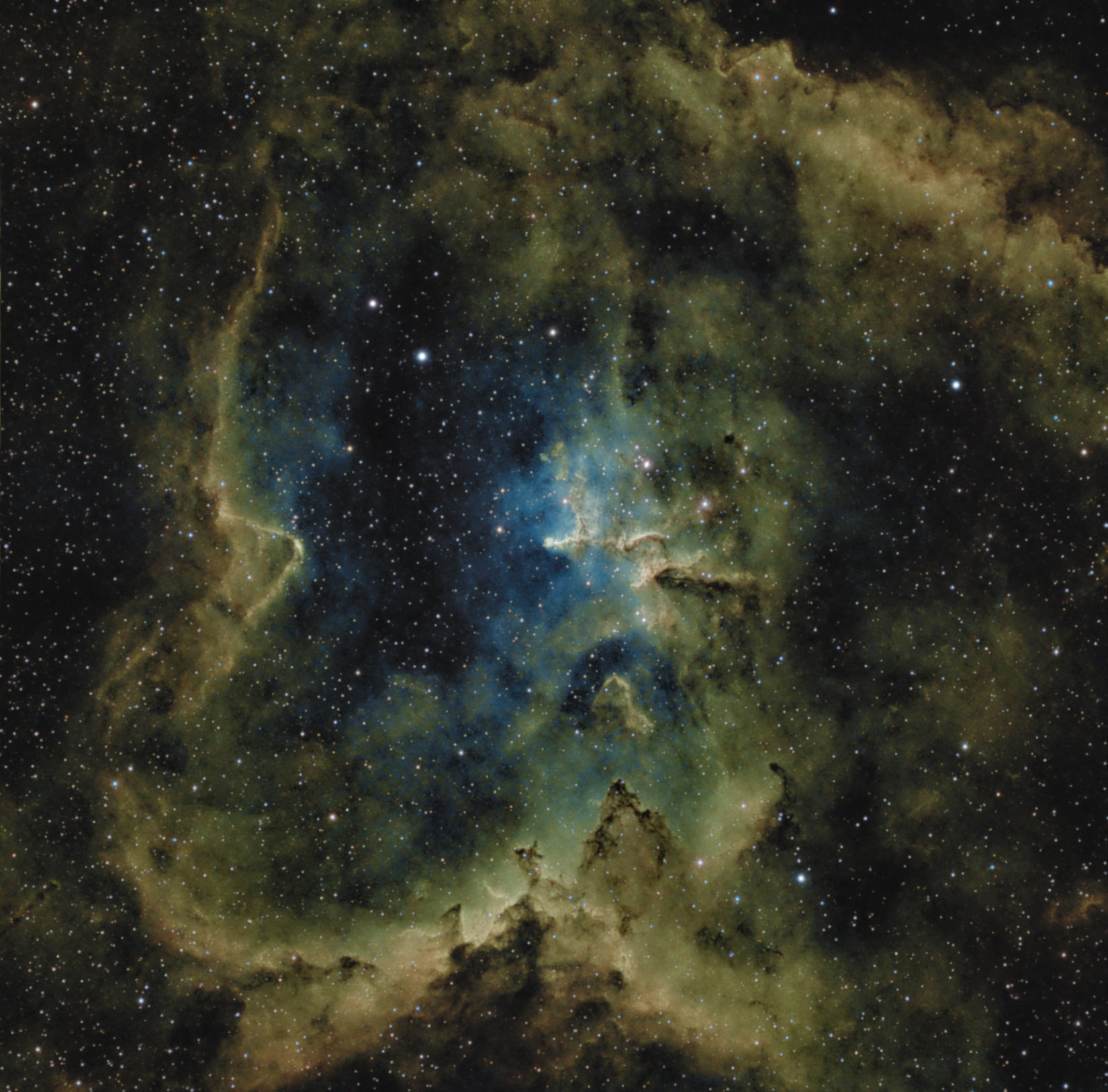 It's majorly cropped so as to avoid as much of the o3 anomalies. I did a vignette of the o3 instead of wipe. I'm not sure if the data is realistically correct though. Too bad about the o3 as the other data is quite good. I tweaked the colours with the online "Photopea" which mimics PS and allowed me to work with "selective colour"