Ivo, I would be grateful if you could assess the data and processing (feel free to have a go yourself

Anyone else want to play, feel free.

This time I used the 'Sample' method for colour.

Which do people think is better or prefer? 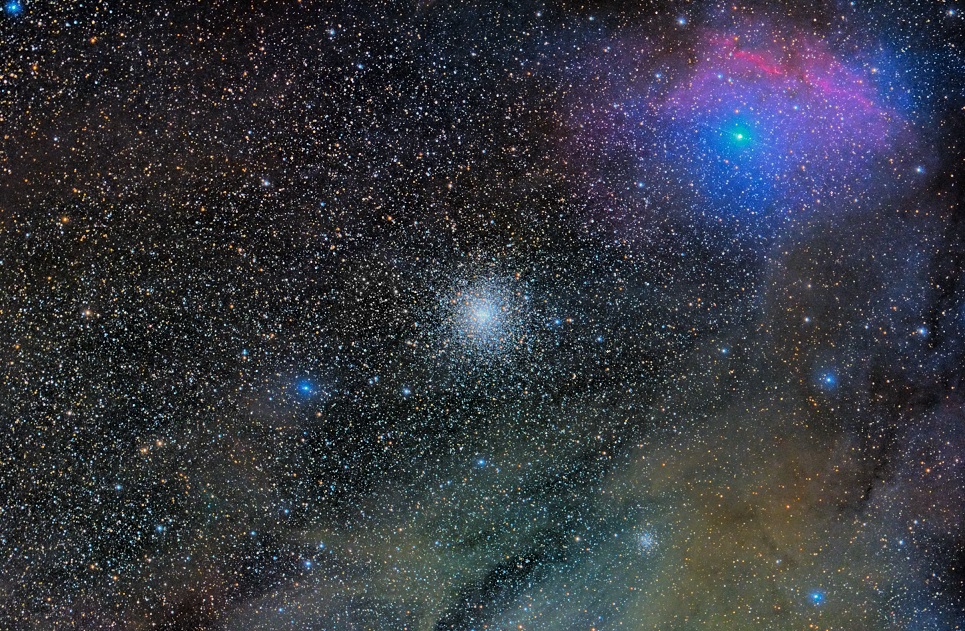 Sample image for me , very nice image indeed loads of colour, I will have a play with your data when I get a minute .
Top

Thanks, I lean that way too. If you have a play if you post it I would be grateful if you could include a copy of thelog. It all helps with the learning process

For accuracy, I'd say your initial image is more accurate.
M4 is old, meaning it has an overabundance of older stars yellow/red stars (indeed, it is home to many white dwarfs), given that any bright blue giants would have long expired. So, a yellower appearance of the cluster is to be expected.

As is the case with many OSCs., your ASI-071 shows an increased green response in the higher wavelength, which tends to make things more yellow. This is hard/impossible to balance out. The solution is to use a luminance filter (aka IR/UV filter) that cuts this response before it increases again.
I can't quite tell whether you used such a filter here, as the yellowing does not appear to be too bad compared to some other instruments having the same quirk/feature. However, the foreground (random) star field should exhibit a good random distribution of star colors, but is IMHO comparatively lacking in blue stars a little with an over-abundance of orange stars, providing some anecdotal (not conclusive) evidence that there a slight yellow bias. At the end of the day, just increasing the blue bias from the default color balance goes a long way I think, arriving at something in between the two images you posted. Hope this helps at all!
Ivo Jager
StarTools creator and astronomy enthusiast
Top

Do you have the original fits file not the tiff
Top

Hi
Lovely shot.
I went low key; I have a thing with orange stars in globular clusters!
Cheers
m4
Top

Burly wrote:Do you have the original fits file not the tiff

the autosave fit is in dropbox